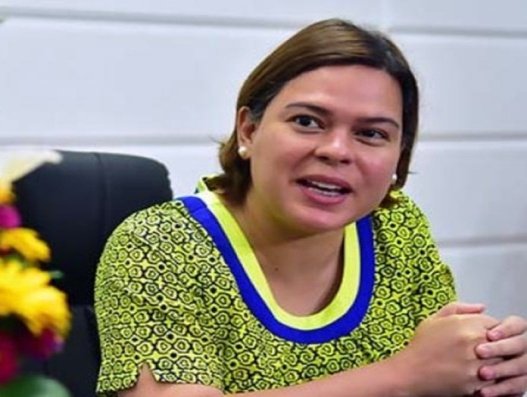 Davao City – Mayor Inday Sara Duterte has committed to the realization of her 10-point priority agenda during her second term as mayor, prioritizing more on health and poverty alleviation.

The mayor who is given a fresh mandate by the Dabawenyos in the last May 13 midterm election said her administration will continue to bring much-needed facilities closer to the people, including those in far-flung areas.

Upon her assumption to office as mayor in 2016, laid down her 10 priorities to include poverty alleviation, infrastructure development, solid waste management, health, education, agriculture, tourism, transportation planning and traffic management, peace and order, and disaster risk reduction and mitigation.

“We are doing our best to put up hospitals and other primary establishments in places far so that the people will no longer need to go to the downtown area,” she said.

Aside from hospital and primary health-care centers, the city government under the leadership of Mayor Sara, is also targeting to put up at least one Botika ng Bayan in all the city’s 17 health districts so that people will have easier access to medicines.

Currently, there are five Botika ng Bayan in the city. These are located inside the Lingap Compound, which is across the Southern Philippines Medical Center (SPMC); Calinan District; Poblacion; Toril; and, Bunawan District.

This year, Mayor Sara said the Malasakit Center inside the SPMC compound will open to help indigents process their documents for medical assistance.

The Malasakit Center is a partnership of Mayor Sara’s Lingap and the Office of the President. CIO