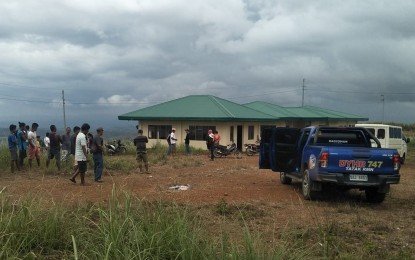 BACOLOD CITY — The Philippine Army is coordinating with the Revolutionary Proletarian Army-Alex Bongcayao Brigade (RPA-ABB) to strengthen security measures in its southern Negros settlement site attacked by the communist rebels during the wee hours on Wednesday.

Brig. Gen. Benedict Arevalo, commander of the 303rd Infantry Brigade, said on Thursday that government troops are still conducting pursuit operations against the perpetrators who killed two and injured three former members of the RPA-ABB, a breakaway rebel group.

“An investigation is being conducted to prevent similar incidents from happening. We are improving our monitoring in the area,” he said.

Police report showed that Jhonel Marbebe, 26, and Florencio Vergara, 58, were killed after an estimated 40 members of the Communist Party of the Philippines-New People’s Army (CPP-NPA) raided their settlement area at Sitio Mambinay, Barangay Locotan in Kabankalan City around 1 a.m.

Arevalo said they are implementing a closer coordination between the RPA-ABB and the nearest Army detachments and units.

“The Army and the RPA will meet and come up with recommendations to improve security arrangements,” he added.

The victims are members of the Tabara-Paduano Group (TPG) of the Rebolusyonaryong Partido ng Manggagawa ng Pilipinas/RPA-ABB (RPM-P/RPA-ABB), which took on the name Kapatiran para sa Progresibong Panlipunan Inc. (Kapatiran) as part of their institutional transformation after signing a peace agreement with the government on December 6, 2000.

The Locotan site is one of three settlement areas in Negros Occidental awarded to the group by the Department of Environment and Natural Resources and the Office of the Presidential Adviser on the Peace Process last December as part of the government’s commitment to the peace pact.

The CBFMA is covered by the memorandum of agreement as tenurial instrument within the protected area where members of the Kapatiran serve as forest guards.

The RPM-P/RPA-ABB, a breakaway group of the CPP-NPA, had split into two after the peace pact was signed. Only the TPG led by Veronica Tabara and Stephen Paduano continued the process of finalizing a draft closure agreement with the government.

On Thursday, Presidential Peace Adviser Carlito Galvez strongly condemned the atrocity in the Locotan settlement site perpetrated by the CPP-NPA, which is listed as a terrorist organization by the United States, European Union, United Kingdom, New Zealand, and the Philippines. (Nanette Guadalquiver NDB)

₱600, 000 Worth Of Marijuana Eradicated In Kalinga