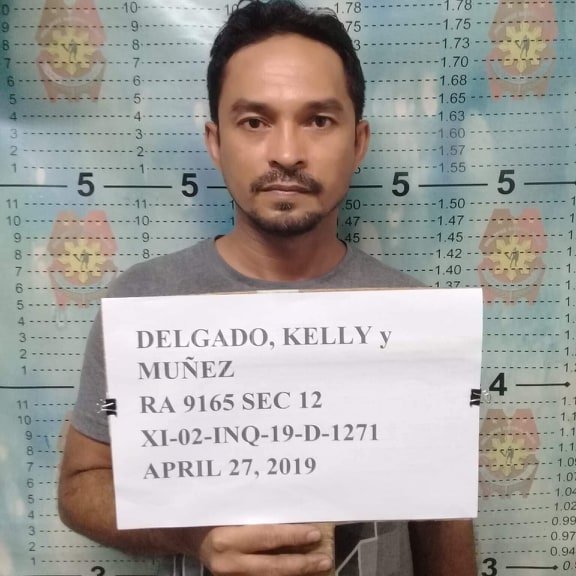 Davao City–  Police authorities are set to file charges against a former official of the Alliance for the Advancement of People’s Rights-Southern Mindanao (Karapatan) after he was caught in possession of drug paraphernalia at a checkpoint here on Saturday morning.

Kelly Delgado, 39, resident of IFI Compound on F. Torres Street, is now detained at the Bunawan Police Station following his arrest at a Task Force Davao outpost in Brgy. Lasang.

A former secretary general of Karapatan-Southern Mindanao, Delgado was a regular face in street rallies in Davao City for a decade. Karapatan, a leftist human rights group, has been suspected as one of the front organizations of the Communist Party of the Philippines and its armed wing, the New People’s Army (CPP-NPA).

Col. Randolph Cabangbang, TF-Davao deputy commander, recalled that in 2010 Delgado had once plotted to kill him when he was the spokesperson of the Eastern Mindanao Command.

Cabangbang claimed that Delgado blamed him for the abduction and death of Rebelyn Pitao, daughter of the slain NPA commander Leoncio Pitao.