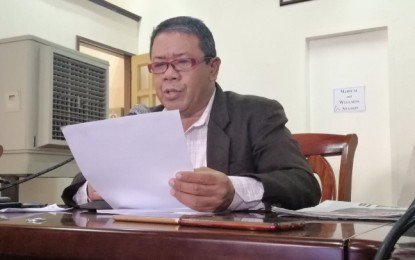 Jenelieto Atillo, DepEd-11 spokesperson, said the order, which affected 55 STTICLCI schools in the region, was based on the findings of the five-man fact-finding committee created by DepEd-11 in August. Atillo made it clear that the decision did not rest solely on STTICLCI’s alleged links with the New People’s Army (NPA), but that the findings showed various regulatory violations, deficiencies, and compliance issues on the part of the school management.

Among the key findings, he said, are the following:  The STTICLCI failed to comply with the curriculum standards set by DepEd-11;  It brought its students away from their homes without the consent of their parents and used them to generate funds by making them perform in various events, a violation of DepEd’s Child Protection Policy; Teachers of the STTICLCI lacked the professional license to teach, or are not passers of the Licensure Examination for Teachers. Instead, classes of the core learning areas were conducted by learning facilitators, in violation of DepEd Order 21 series of 2014; The STTICLCI has been operating within the ancestral domain of tribal communities without obtaining the mandatory Free and Prior Informed Consent (FPIC) and the subsequent certification precondition from the National Commission on Indigenous Peoples (NCIP);  Some STTICLCI students do not have learner’s reference numbers (LRN), a violation of the requirement of DepEd Order 26 series of 2015; and The STICLCI has misrepresented its enrolled data, and that the data contained in the document submitted to the DepEd do not match with the records in the DepEd learners information system;

Schools for IPs built in far-flung villages in DavNor town