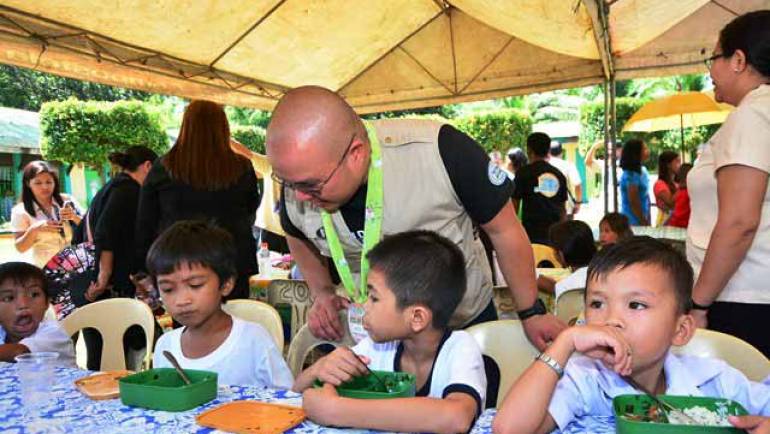 A team from the City Social Services and Development Office (CSSDO), headed by Maria Luisa Bermudo, completed a bench-marking visit to Compostela Valley to look at the best practices on the school-based feeding program. Bermudo said CSSDO will study how they can develop the same project in the city or re-design to fit the Davao’s school children situation.

“This is for the benefit of the pupils. Through the project, they will have their lunch that will be prepared by personnel of the city government. The aim is to ensure that the children are eating healthy food,” she said.

Under the program, Bermudo said a kitchen will be set up in each district and deliver the food to the schools.

“There is really a big difference in the nutritional level of the kids in Comval after they implemented the program two years ago,” she said.

Bermudo said the program will be a big help to address malnutrition of the children. Currently, the city has a Community Integrated Management of Acute Malnutrition (CIMAM) program to solve the malnutrition problem in the city.

Based on the report of the City Nutrition Council, among the 176 enrolled malnourished children from January to June 2016, 65 percent of them were cured after several months in the program. CIO