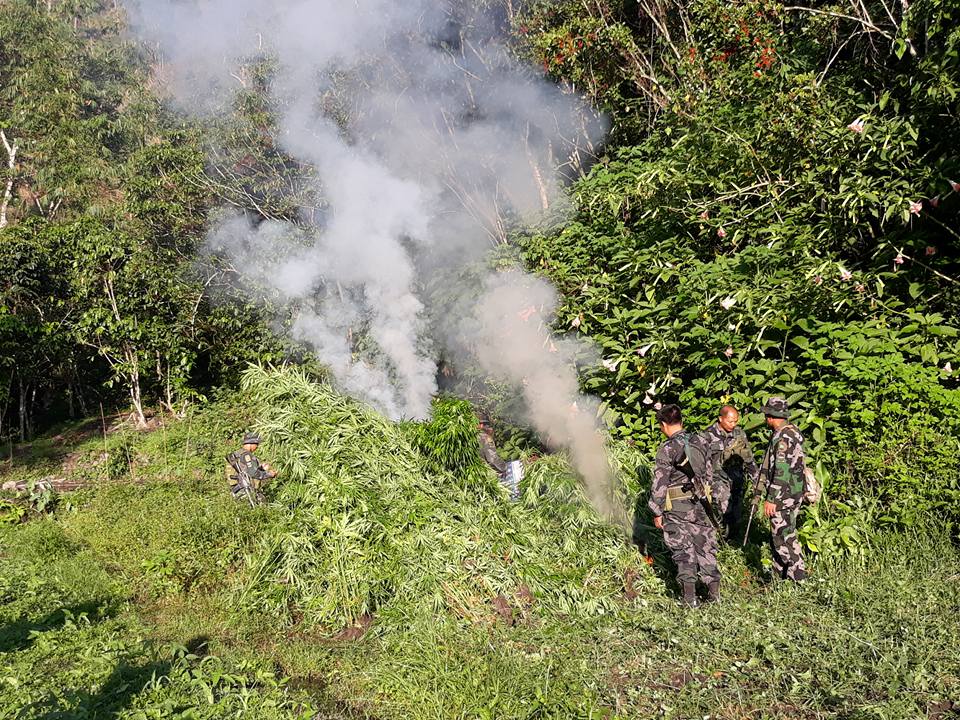 Personnel of Tinglayan Municipal Police Station and augmented by 2nd Coy PMFC” came across a marijuana plantation with an area approximately 150 square meters while the troops were conducting a simultaneous prophylactic/ preventive patrol and Marijuana Eradication as well as monitoring and preventing the movements of domestic terrorists or NPAs.

Operating personnel led by the Chief of Police, PCPT WILLY D DUMANSI led the group under the supervision of PSUPT JOB RUSSEL BALAQUIT, KPPO Provincial Director. The area is partly hidden by trees and apparently cultivated by some individuals, but no cultivator arrested, Barangay Tulgao East has been cleared from NPA sightings along with the destruction of a marijuana plantation.

According to KPPO, the success of the operation was due to the concerted efforts of the Tinglayan MPS, 2nd Coy KPMFC and coordination with the PDEA. KPPO warned that their operations against illegal drugs will not stop and that marijuana cultivators should stop their illegal activities. KPPO appealed to the Barangay Anti-Drug Abused Council of Barangay Tulgao East should further enhance their anti-illegal drug campaign in support to PNP and PDEA to avoid a repeat of said incident.

KPPO advised that other strategies should be planned and implemented aside from marijuana eradications to further stop the continuity of the cultivation of the plant and drug trade in the municipality.

It can be recalled that two months ago in March, 11 plantation sites with an approximate total land area of 18,550 square meters and total of 337,700 pieces of fully-grown marijuana plants worth P70.5-M were uprooted and destroyed by the Philippine Drug Enforcement Agency (PDEA) – Cordillera and regional police operatives.

CPOC to review “No ID, No Entry” policy in Zamboanga City

NegOcc Seeks Permit For Another Special Flight From Manila